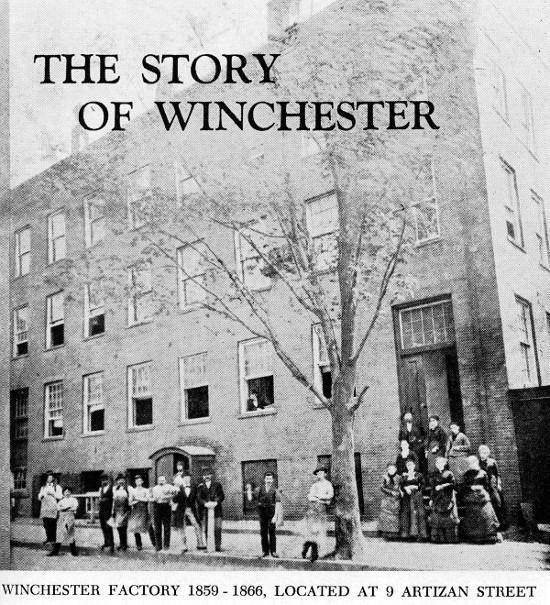 In 1852, Oliver Winchester, co-owner of the Winchester-Davies Shirt Manufactory located since 1848 at 59 Court Street, New Haven, invested in the Volcanic Arms Company with profits accrued from his shirt making enterprise. When Volcanic Arms went bankrupt due to mismanagement, Winchester was able to purchase its machinery, backlog and patents. He hired Benjamin T. Henry, a mechanic from the shirt factory, who designed the first repeating rifle. During the Civil War, Winchester tried aggressively but unsuccessfully to interest the union army in the rifle.   1852