To me, Boak was the reason the union got in. 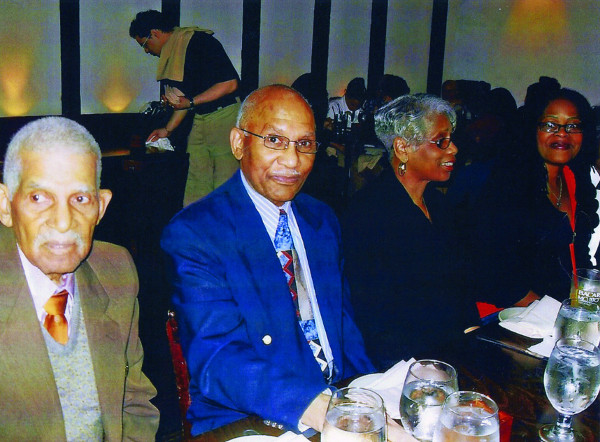 Went to work at Winchester in 1943. Why Winchester? “because I needed a job and I heard they were hiring.” He worked there for 43 years in many different departments and was a gun inspector when he retired.

Bosley was the first African American to become president of Local 609. “The only reason I became president was because of the friendships I made.”

Marge’s brother also worked at Winchester on the night shift when he got out of the Navy, and participated in the Local 609 softball team.

“For the longest time, the unions could not get in…Many of the workers had good jobs and did not see a need. To me [Works Manager Thomas] Boak was the reason the union got in. [He] wanted us to increase production and that went for everyone, including the older workers. They all knew that if the union didn’t get in, we would have to increase our production and not get paid. So they signed the union cards [too] and began participating.”


On the impact of the union:
“It made a big difference for Blacks, who were finally able to bid on a wider variety of jobs.” On other products made by the company:
“The flashlight was the last to go before…they decided to just make guns.” On the demolition of the Winchester factory buildings after the company closed in New Haven: