When he was asked to join the Ink Spots, “I told them, ‘I am not going to give up my job, because I have a family’…but Winchester let me off if I had to go somewhere [on tour.]” 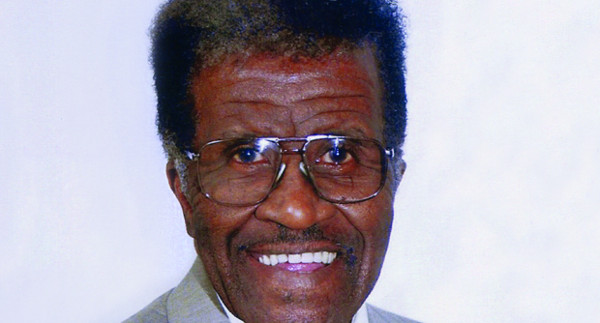 Born in New Haven, Mr. Foster was raised by his grandmother and his aunt, who were domestic workers. He started working at Winchester in 1948 and retired in 1991.

“It was the place everyone was going to work when they were young. [At 18 or 19] all the kids used to sign up.”

He did piece work when he started in the barrel shop. “It was up to you how much money you could make. It all depended on how fast you could go.”

When he first came to Winchester, the plant was operating 24/7, with three shifts. But over the years, he was laid off “several times…You got laid off, then they’d call you back.”

What about the union? “I guess for some people…” it made a difference. “I wasn’t a leader, I was just a member. I just wanted to go to work and go back home.”

How effective the union was “all depended on who was the president. Some worked harder for you than others.”

Mr. Foster lived for a while in the same building as Carl Johnson, the third president of Local 609. He and the Johnson family were good friends.

How did he feel about working at Winchester as an African American?

“I felt alright. I had no trouble with anyone, nothing I couldn’t handle myself. You had some good bosses, and you had some bad bosses.”

The first African American man hired in the gun testing department was harassed. “That was a good paying job…It was open at first to everybody. You had to be the right color.”

On joining the Ink Spots while working at Winchester Someone came up to him at church with the news that the Ink Spots were looking for a replacement tenor: “They asked me to join the group. I told them, ‘I am not going to give up my job, because I have a family.’” He didn’t have to: “Winchester let me off if I had to go somewhere [on tour].”

Mr. Foster was with the Ink Spots “for over 20 years.”

How did he feel about the plant closing 2006?

“I felt sorry for the people who were still working there. I am just glad I got out. I kept hoping they would do something…but it didn’t happen.”