"I finished guns for President Roosevelt, President DeGaulle, and mostly all the presidents and prime ministers that came to Washington. I was the one they’d always come to, to finish the gun." 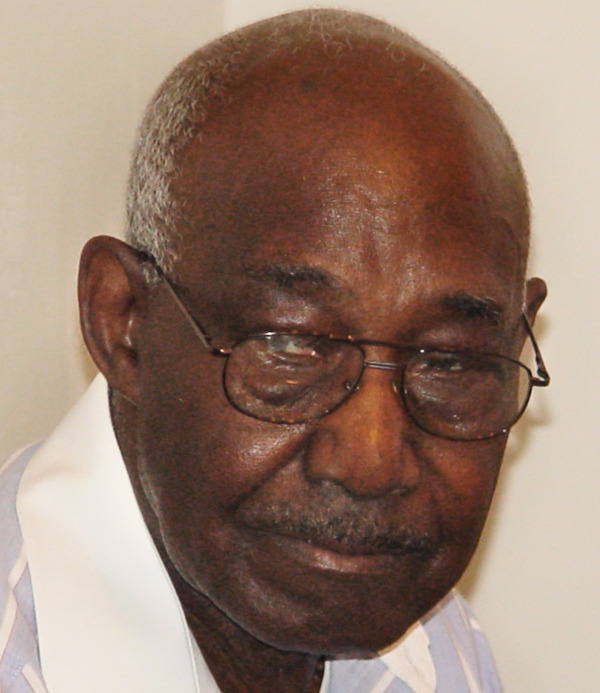 Born in Eatonville, Arkansas, one of 9 children. His father worked in a saw mill and was his role model. But he had to leave school at 16 to help support the family, so his father got him a job at the mill. But he then contacted the local branch of the Civilian Conservation Corps, which President Franklin Delano Roosevelt had started to help create jobs to stimulate recovery from the Great Depression. The pay was $36 a month and his father got $30 of it. “But I got $6!”

When the U.S. entered World War II in 1942 he was too young to go into the military, so he enrolled in the National Youth Administration and was sent to a large trade school in Little Rock along with some friends.

“We had to go to school at night because the white boys went to school during the day.”

Four of the six friends completed school and were sent to another trade school in Unionville, Ct. He was sent to interview at a factory in New Britain but the opening was for a machinist; he was a woodworker, and he didn’t take the job. He and his cousin were then taken to Winchester in New Haven.

“We were the first two [Blacks] ever hired in the woodwork department at Winchester.” There was a lot of prejudice against them as skilled black workers. Skilled white workers did not want to teach them how to do any of the work. It didn’t matter: “I already knew how to do it.”

Shortly after he was hired, in 1943, he went into the military. He was stationed in Southampton, England during the German bombing, prior to the allied invasion, then was part of the supply line following the invasion force.

There was a lot of racism in the military: “They always told us we were second class citizens. But I didn’t feel that way.”

After the war, “No one welcomed the Black troops back to the South. I didn’t really have anything to look forward to [except] going back to my job in Connecticut.” Returning to Winchester, he was proud to see that he was on the honor roll of employees who had served in the war, prominently displayed on the side of the building.

He worked at Winchester for 43 years and was never laid off.

On the Differences (and Similarities) between life in the South and life in Connecticut
“It was like night and day. In the South, we were afraid all the time. They could hang you.”

By contrast, “when I started at Winchester, I was free to sit where I wanted and I was making good money. But you always had to do more than anyone else to do the job, because I am Black.”

Whites didn’t want Blacks making more money than they did. And, indeed, “Winchester was segregated…but it was better than where I came from. As long as I stayed in my place, it was alright.”

How did you feel about the work you did at Winchester?

“I felt good because it was something I wanted to do. I followed my dream [to be a woodworker.] I was making 60 cents an hour. Where I came from, you made a dollar a week. I liked wood working.”

While most of Winchester’s African American employees did the “dirtiest” and lowest paying of jobs, including cleaning the machines and sweeping the floors, Mr. Young as a skilled wood worker held one of the highest paying jobs.

“When I started…I did all the work by hand. I worked on the most expensive stocks at Winchester. .. I finished guns for President Roosevelt, President DeGaulle, and mostly all the presidents and prime ministers that came to Washington. I was the one they’d always come to, to finish the gun.”

“Later on, after automation set in, we all did piece work.”