Business as usual in the 1970s 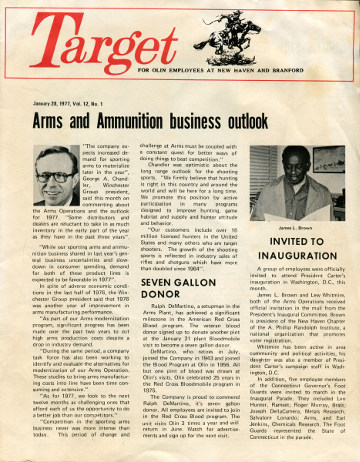 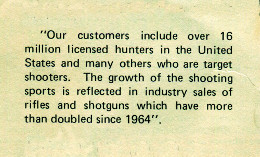 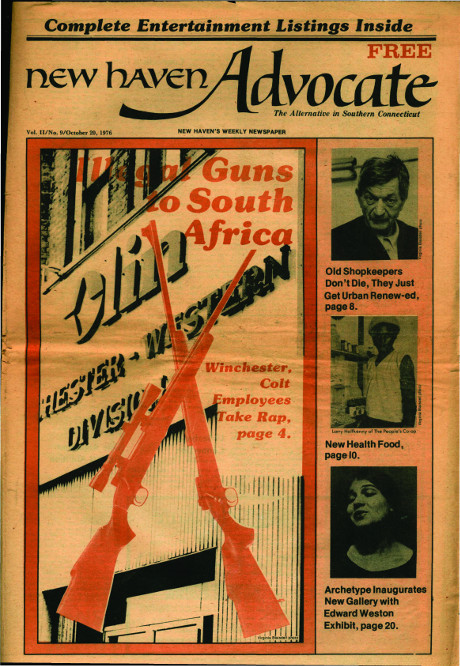 In 1976, a temporary secretary at the company, Marcia Biederman, published a story in the New Haven Advocate that revealed that Olin Winchester had other customers as well.

Like its closest competitor, Colt Firearms, it was illegally shipping guns to the apartheid state of South Africa. Biederman wrote, “White South Afticans are buying out all the guns sporting goods stores have to offer and are rushing to form pistol clubs in response to demonstrations of blacks and mixed race persons demanding an end to apartheid, the government supported system of segregation. Blacks and ‘coloreds’ fighting with machetes and stomes are now very likely facing the barrels of two of our state’s most famous products: Winchesters and Colts, which have been shipped to South Africa from New Haven and Hartford, respectively.

“There is no question that the Winchester and Colt shipments are illegal. The Mutual Security Act (or Neutrality Act) of the United States code states that munitions can only be exported to countries on the approves list…The Republic of South Africa has not been on the approved list for U.S. munitions since 1963. Nevertheless, elaborate transshipment schemes have been used to run Winchesters and Colts to South Africa secretly."

Ms. Biederman characterized federal involvement as a “nudge nudge. wink wink situation.” She was aware from the beginning of her employment that there was a Grand Jury investigation underway. At the same time, “there was also a lot of shredding of documents “occurring just in advance of the arrivals of federal agents.