“These big corporations just see us as numbers, not names. They’d just as soon write you off as look at you.” 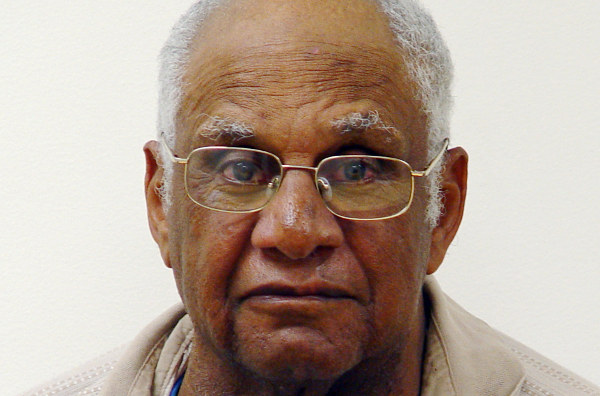 Worked at Winchester from 1947 until his retirement in 1991. Why Winchester? It was a family tradition. His mother had worked there during World War I, before she married and had children. His two sisters, four brothers and brother-in-law all worked there at one time or another: “We all worked between the rolling mill and the casting shop.” Also, “I could walk to work. I lived in the Fair Haven Housing Project. It was convenient, really.”

On the work he did: “I worked in the rolling mill where they rolled sheets of brass [and in] the mill and casting shop where they made castings of long bars of metal that then get sent to the rolling mills.” It was rough work with low pay and so he “fought tooth and nail to go to shot gun assembly.”

A few years before retirement, he bid on a higher paying, skilled job and got it, but the company “had someone else in mind” and “they did everything they could to mess me up. They would not train me.”

About the union: He was a charter member, and served as conductor and later legislative chairman.

On the repetitive company strategy: “Whenever the union contract was nearly up, the company would say they were about to go bankrupt: ‘In order to keep this company going, you have to give [something] up...’ This strategy of theirs had been thought out long before they confronted us with it...These big corporations just see us as numbers, not names. They’d just as soon write you off as look at you.”

On New Haven’s tax incentives to keep production lines in New Haven: “They’d take it and then they’d move anyway.”

Memories of working there:

“About all the good memories I have are from being on the Board of the union and the support of the union.”

On the end of Winchester in New Haven: “In 2006, we were fighting tooth and nail to keep it open...but the Mayor was dragging his feet.”