“It was a city unto itself…It was like a big family. I got along with everyone in my family.” 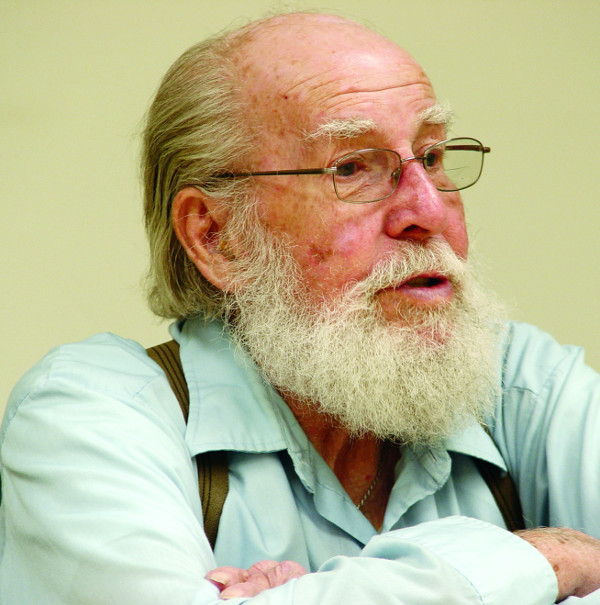 Mr. Erff was born in West Haven, CT, his father the Assistant Chief of the West Haven Fire Department. His mother stayed home because she “had to take care of six kids.” Just out of the Navy in 1954, he went to Winchester in order to support his own growing family. (He and his wife have seven children.) He got his GED while working there: “They put on a class open to anyone in the facility.”

He started in the Boiler Room: “On the weekend we blew the tubes on the boilers and the neighbors complained that their sheets were black.”

“Most people had the opportunity to move up the ladder.” Erff became the Assistant Supervisor of Power and Water, then Full Supervisor. He worked at Winchester for 44 years, retiring at 65 in 1998. “They were damned fair to me.”

Erff “never worked on rifles.” What else did Winchester make? “You name it, they made it...roller skates…flashlights…They made a lot of things and they were good at it.” With Olin as the parent company, they “made a profit on the diverse products they made. They were shrewd people.


It was a “family oriented group…Anything pertaining to education or your welfare, Winchester would listen to. A lot of people didn’t see it. Maybe I only saw it because I was a young, green kid. They were very good to me and my family.”

When he began, there were three shifts around the clock. The plant was a “city unto itself” in many ways, with its clubhouse, store and theatre. “We had our own fire department, [employing] three professional firefighters…a beautiful medical department (for a while we had our own ambulance)…We had our own electricians, plumbers and maintenance people. We didn’t use outside contractors. We made our own electricity, and we had two 500 gallon oil tanks over on Gibbs Street… “It was like a big family. I got along with everyone in my family.”


Before becoming part of management, he was a steward and later a Chief Steward in Local 609. “There might have been individuals who weren’t treated well, but if you complained through a steward, you were heard.

“Some people felt they were being discriminated against. There might have been some [treated unfairly] but for some, it was their own fault.

Still, he agrees that Local 609 achieved better pay and better working conditions. For example, “with the union, they made it a law” for workers in certain areas to wear safety goggles. And, before the union, many workers had operated under a quota system: “If they didn’t meet their quotas, they’d just fire you on the spot.”


On his transition from union to management


“At one time I was a steward [in the union] and the company, to get rid of me, wanted to put me in management. If you have a steward that’s trying to benefit workers, they’ll take you and you have to shut your mouth. It’s quite common.” In fact, most of the supervisors from Winchester began as hourly workers [although this was not true of those from Olin, the new parent company.]

“There was a little resentment [among his co-workers] when I became the boss man.”

About having to remain on the job when other workers were on strike He was already in “low management” at the time of the first strike in 1962. “We had a skeleton crew in the power plant to keep the heat up. We weren’t doing anybody’s job; we were just maintaining the facility.

“We were operating engineers. We took an oath when we got our licenses. You can’t just leave the plant. None of the strikers bothered us because they wanted the place to be there when they came back.”

How did you feel in 2006 when the plant closed?

“This was a booming area for manufacturing. Now there’s nothing.”